When it comes to U.S. states, California and Texas are often seen as direct opposites, and for good reason! There are a ton of differences between the two states. If you’re moving to Texas from California, it’s good to learn those differences.

We want to help you every step of the way, that’s why we put together this blog of important differences between the two states, some info on where to go and what to see, and some tips on how to go about your move.

If you’re considering a move as big as traveling halfway across the country, you’re probably trying to consider all the pros and cons, which can be pretty overwhelming. We want to help you by going over what makes Texas a great place to live, some great places to check out when you get there, and what moving there entails.

Now, California is, of course, a beautiful state. The state is renowned for having perfect weather all year round, which is mixed with jaw-dropping views of the Pacific coast on the west and the Rocky Mountains coming in from the east. Texas is very different, yet still as great, just in different ways. There’s a reason that Texas is the most popular destination for Californians who are moving out of their state.

Differences Between California and Texas

If you’re living in California, you know how expensive it can be. Texas, on the other hand, can be quite cheap. In fact, a recent study found that seven Texas towns were in the top 25 cheapest cities to live in in the United States. Overall, California is more expensive to live in than Texas in many categories, including expenses for food, child care, medical care, housing, and transportation, according to data from MIT.

Texas is famous for being a great place for food. Now, it can be tough to compare the authentic Mexican cuisine that’s found in Texas with the same type of food found in California, especially Southern California, since they’re both great states for Mexican food. Texas, on the other hand, is also known for its world-class barbecue. Even within Texas, there are distinct regions for barbecue, with South, East, West, and North Texas all hosting unique flavors. Be sure to try them all!

As a state that is so large in a geographical sense, it’s understandable that the climate of where you’re moving to depends on where in Texas you end up being located. So be sure to plan accordingly!

Where to Go and What to See

We all know that “everything is bigger” in Texas, and that includes the cities. Texas is home to three cities in the top ten largest in the United States, and one clocking in at the eleventh largest. That includes Houston, San Antonio, Dallas, and Austin. While you very well may live in one of these cities if you move to Texas, it’s worth checking the rest out, since they’re all unique, both from each other and from anywhere else.

Houston is home to the Space Center. Austin is the Live Music Capital of the World. Dallas hosts a gorgeous Arts District. San Antonio is where you can visit the Alamo. No matter which city you’re in, there will always be something to do when you’re in Texas.

How to Get Your Move Started

Moving is a major undertaking, but moving to a whole other state just makes it even more complex. We want to walk you through some steps on where to start and what to make sure you don’t forget. 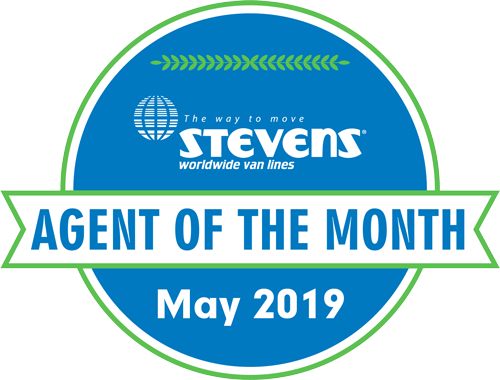 Get a Moving Quote

Yolo Transfer
4.0
Based on 13 reviews
See all reviewsWrite a review
Alyssa E.
16:19 03 Jan 21
A big thank you to Don & Brandon! They were very professional & hard working. It was a rainy day and there were a lot of heavy... items. Everything was done in...read more
Michael F.
04:04 12 Sep 20
Selling real reviews Yelp, google. We write reviews, promote your companies. Guaranteed confidentiality and quality of... reviews.All accounts of real users,...read more
Audrey B.
12:54 13 Aug 20
I moved with Zippy Shell and Yolo was the third party selected to deliver my container from warehouse to house. While Zippy Shell... was horrendous, Yolo made...read more
Marjory K.
12:08 28 May 20
Moving on fairly short notice from San Francisco to Davis was so easy with Yolo Transfer. Marrissa Berry, our moving coordinator... at Yolo, was efficient,...read more
James C.
11:00 20 Dec 19
I normally don't waste time writing Yelp reviews, but I had to do this one. These guys are fantastic. We had a large move - 80... boxes, four bedrooms and...read more
tandy p.
20:47 31 Oct 19
Well what can I say but mike and mike are bloody fantastic.We had a huge rusty water fountain to move, not only was it awkward... to move as it was rusted to...read more
Barb V.
08:16 16 Nov 17
Called for a quote to move us to Clearlake. Dan came to out storage units and gave us a quote. We checked out others and chose... Yolo Transfer. They arrived...read more
Dawn D.
07:59 21 Jun 16
I highly recommend Yolo Transfer! We've used them a few times and every time, they have exceed our expectations! They are careful... with our items (no...read more
Next Reviews

Yolo Transfer
4.7
Based on 18 reviews
See all reviewsWrite a review
Barbara Anderson
02:58 02 Mar 21
I used Yolo Transfer three times in the last 5 years, once during the current pandemic. Service was above and beyond.... Professional, efficient, courteous, reliable, all at reasonable cost.read more
sean Murray
05:16 27 Jan 21
Natasha Mark
17:03 21 Dec 20
The crew who moved me was awesome! Quick professional and cool! Definitely would recommend this company!!
Joey Calhoun
00:48 11 Dec 20
no line fast in and out
Andrew Blackburn
22:11 01 Dec 20
This company delivered and unloaded a shipping container of my belongings after another company left me in limbo. They... proactively reached out to me to explain what their process would be and to schedule a time, showed up on time, and had extremely polite and professional movers. Marisa especially went out of her way to work with me to ensure the best possible service and answer any questions I had. I highly recommend their work and plan on using them again in the future.read more
Carol Joyce
14:05 23 Oct 20
I have used Yolo Transfer for 2 moves one local and most recently out of state move, they are wonderful! Professional, courteous... and responsive. Also well priced! Their team packed our items with the care you would if you packed it yourself. The team in the office was fabulous, staying in contact with me and letting me know what to expect next. On an out of state move there is a national mover you need to coordinate with, Yolo Transfer was my advocate with the national mover, making sure our things were delivered as quickly as possible. I can't say enough good things about this company. I wish more companies were like Yolo Transfer Moving & Storage.read more
Steve
16:07 06 Oct 20
Could not have asked for a better experience. Moving from the Sac/Roseville area to Bosie Idaho was stressful to say the least... but this company was on top of it. They showed up on time, loaded the truck in 4hr and delivered it at the time and date as promised. Not one item damaged...Great communication during the whole process, Josh,Marrissa, Mike and Maria know exactly what they are doing and they do it well. Thanks again for all your help and Congratulations on the new baby Josh and Marrissa.read more
Travis Adams
21:25 26 Aug 20
steven d. rudy
12:34 13 Aug 20
Best moving service ,fast paced,friendly people,who do a fantastic job
Maria H
21:11 26 May 20
Benjamin Gledhill
22:26 24 May 20
Kristin Decocq
17:30 20 Mar 20
Yolo Transfer was the local company who delivered and unloaded our Zippy Shell (moved from Portland, OR). They were super awesome... to work with. We had 1 1/2 pods that they unloaded in less than 2 hours. That included unwrapping all the big furniture pieces and hooking up the washing machine!We will absolutely be calling this company for our next local move, and will likely utilize some of their packing services as well. Super professional team, super nice guys. 10/10read more
Alek Eggett
05:30 15 Mar 20
Best help ever !! Jack and Steven were beyond compare! Best wishes from Alek
Terry Westover
22:47 01 Oct 19
Yolo Transfer moved me from Woodland, CA to Bandon, OR. They were wonderful. I was very stressed about the move but they were... patient and helped me every step of the way. There was always someone I could contact and they are amazingly responsive. I cannot say enough about their fantastic customer service, reliability and doing exactly what they say they will do, often far exceeding my expectations. You can't go wrong working with these folks, they are professional, accurate, and staff are uniformly kind and helpful. They are not a cut-rate company but they are worth every penny and completely transparent about costs.read more
John Denton
22:50 28 May 19
Anne-Marie Hover
21:48 19 Mar 19
This company just moved my parents from the bay area up to Davis and I couldn't have been more impressed. Crew was on time,... efficient, courteous, and sensitive to the fact that they were moving my parents from the home they lived in for over 40 years. Once they arrived in Davis they were patient while it was decided where and how things should go, polite, and very friendly. Respectful as well. I truly cannot say enough positive things about the crew. Thank you for making a very stressful time for my parents a little less stressful by being so awesome!read more
DUANE MILLER
13:25 21 Jan 19
JOHN CAMPO
01:05 11 Jan 19
The movers were efficient, professional, courteous and on time. We were very happy and satisfied with their service! Great job,... guys!!read more
Next Reviews